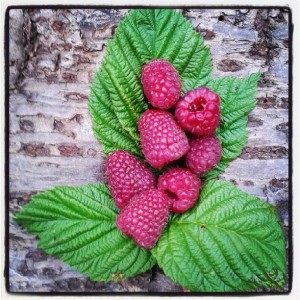 I’m feeling a little out of control. I’m someone who likes to plan and feel on top of everything but I’m having to accept this year that it just isn’t possible. The garden and allotment are racing away with themselves. One day away is all it takes and I have courgettes morphing into marrows and French beans well over a foot long. These are the same beans that less than 48 hours ago were tiddlers. The fabulous summer weather we’re having is making everything romp away and now we’re past the solstice plants are doing what they need to do to ensure survival – going to seed. Keeping up with the deadheading is a feat in itself. At least the recent rain has meant I haven’t needed to spend time watering.

It’s been a hectic few weeks with work and I haven’t been able to spend as much time as I’d like in the garden or on the plot. Blogging too has been neglected. I think I’m experiencing what might become known as the ‘August Dip’. I remember writing last year about losing my mojo around the same sort of time. A strange wave of apathy seems to descend upon me in August. Maybe it’s just I’ve run out of steam but I’m sure it’s also linked to the feeling that the both the garden and allotment have reached their peak. Once September arrives there’ll be a renewed sense of energy, well I hope so …..

The cut flower patch in August

The cut flower patch is blooming and it’s a real joy to see it teeming with insects. There was a day last week when I managed to get up there early, it was still and warm already. There was nobody else there. It was sheer bliss and all the effort felt worth it. The patch looks exactly how I wanted it to look. New varieties of flowers I’m trying for the first time elicit excitement when the first buds start to break. Gladioli are in full bloom and I walked back from the plot yesterday with a huge bundle of them. Centaurea americana ‘Aloha Blanca’ and ‘Aloha Rose’ have been great new discoveries for me. They seemed to take forever to open although their buds are so attractive – like botanical filigree – that this wasn’t a bad thing, I was just impatient to see the flower. And they’re fabulous, think huge fluffy thistles.

On the fruit and veg front it has been a good year. Lettuce ‘Marvel of Four Season’ is my favourite and it has coped well in the face of not much rain. It’s only just starting to bolt, but as the name suggests I can sow now for autumn and winter crops. For once my successional sowing of lettuce has worked although that success might be come to an end if I don’t get sowing my next lot soon.

Finally after 6 years of tomato disappointment we have our own home-grown ones. Our last tomato success came when we lived in Berkshire. It was a glorious summer with hardly any rain and we had a lovely sun trap where we gathered 15kg off only 6 plants. Ever since we’ve been defeated by either dodgy compost or blight. Having the greenhouse this year has made a huge difference and, so of course, has the weather. Although my nerves have been tested as I agreed to grow tomatoes for a magazine photo shoot. Fortunately the tomatoes survived and the photos are in the can. I can’t say the tomato growing has been a complete triumph though.

Back in March I was sent some plants of a variety called ‘Indigo Rose’. They have been bred especially to have black skins. The idea behind this is that the compounds which give the black colour – anthocyanins – are antioxidants which are believed to be good for us. Oh they looked so promising. The plants grew away strongly and seemed to be very healthy and dark fruit started to form. But they have taken such a long time to ripen and when they have finally looked ready to eat I have been unimpressed. Wellyman summed up their flavour as ‘out of season supermarket’. To be honest I think even that’s being a bit kind. Of course, it could have been something I’ve done, too much water perhaps or not enough feed. Although the simple ‘Tumbler’ tomatoes I picked up as young plants from my local farmers’ market have been grown in the same way and they taste fantastic and they’ve also produced ripe fruit much more quickly. I’m still waiting for fruit from my yellow heritage variety, the name of which escapes me at the moment. I’m just glad I didn’t rely on one variety. I’d have been so disappointed if, in this perfect tomato growing year, the only ones I’d grown were ‘Indigo Rose’. I’d be very interested to hear if anyone else is growing ‘Indigo Rose’ and what they think of the flavour.

I’ve been delighted with my colourful carrots and beetroot. The book ‘Kitchen Garden Experts’ inspired me to grow some even though they weren’t part of my original plans. I thought I’d have enough to plants to grow with the list I needed for my new book but I couldn’t resist. OK, I’m not going to be self-sufficient in carrots – I only have a few large pots on the patio but they look so pretty and taste amazing picked, washed and eaten within minutes. I’ve also been very impressed with the flavour of the pink and white striped Beetroot ‘Chioggia’ which is milder than the dark red varieties and doesn’t make quite such a mess of your kitchen.

I hear a storm is on the way for Sunday so today will be spent staking plants on the plot. They’re promising strong wind and rain. I’m just hoping everything will be standing by Monday. Growing plants for a book is not for the faint-hearted and I’m wondering why I ever suggested I would do it for a second year in a row. Well I do know why, it’s because I love growing but it would be nice if the weather didn’t cause me so many headaches. So, wish me luck and lets hope the weather forecasters have got it wrong. 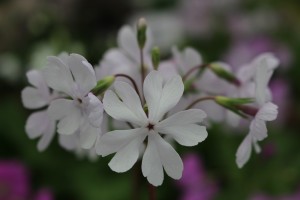 I’m never quite sure where to start when I have had a bit of a blogging break. I didn’t plan a hiatus. I rather like the discipline of writing a post every week and know from my attempts in the past to keep a diary how hard it can be to start writing again once you get out of the rhythm.

A virus sapped me of much of my energy for several weeks. I know something is wrong when the thought of going to the plot, or the need to spend some time in the greenhouse feels like too much of an effort and more like a chore than something I normally love. Work was pretty hectic too and the two combined to result in a stinking cold. There wasn’t much I could do but crawl into bed and stay there for a few days. Of course, I spent the whole time lying there thinking about how much there was to do. I would say if a gardener is going to go sick the worst time to do it is probably April. I could almost hear the weeds at the allotment growing as I reached for another tissue. Oh, and there was the small matter of having to prepare for the first photo shoot of my second book. I’m not quite sure how that bit happened but I find myself growing plants for another book and entering round two of my battle with the weather. Last year my panic was fuelled by the lack of any spring and the worry we might never have a summer. This year it’s all change with a spring of warm sunshine. Beautiful, and I wouldn’t swap it but it has been a bit of a nightmare trying to keep plants from going over.

With a bit of breathing space, now I have some photos in the bag, followed by a relaxing Easter break I thought it was about time I put fingers to keyboard and return to my neglected blog.

In some ways being otherwise occupied has been a bit of a blessing. I do have a tendency to get a bit carried away with half-hardy annuals, sowing them too early. I always seem to forget, or choose to ignore the fact that they germinate and grow pretty quickly. By the start of May, I have windowsills chock full of courgettes, French beans and squashes romping away with nowhere to go because it’s still too chilly for them outside. I’m hoping my timing this year, sowing in the middle of April rather than at the start of the month, might be a bit more realistic and save me the headache of trying to accommodate the triffids reaching for the sun.

It’s a pity I can’t be more realistic about the number of plants it is possible for me to grow. The greenhouse, cold frames and windowsills are running at full capacity at the moment. But it’s impossible to turn away more plants. One day, a few weeks ago, an unexpected parcel arrived from Suttons Seeds. They had very generously sent me a sample of 3 tomato plug plants. I did groan a little initially, thinking where on earth was I going to put them, but it wasn’t long before I had mentally rearranged the myriad of plants I already have to be able to squeeze them in. I’m really looking forward to giving them a go. I have had pretty disastrous results growing tomatoes since I moved to Wales, with tomatoes succumbing to blight, and then last year, with the greenhouse installed they suffered at the hands of a bad batch of compost and shrivelled up and died. The tomatoes Suttons sent are a new variety called ‘Indigo Rose’. It’s a black-skinned tomato that is apparently packed full of the antioxidant anthocyanin. It’s a grafted tomato too which I have never grown before. The apparent advantages of grafting include greater yields and improved disease resistance. They’re growing quickly on my study windowsill at the moment. Hopefully it won’t be long before some space is freed up in the greenhouse so they can take up residence there. I’ll let you know how I get on and hopefully I’ll get some fruit so I can report back on the all important flavour test. 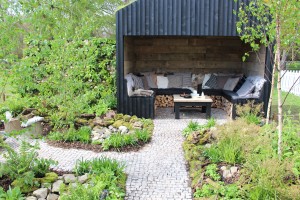 My cold shifted in time for me to make a trip to the RHS Cardiff Show. The weather couldn’t have been more spring-like and the show does have a feeling of excitement and anticipation of the growing season to come. The floral marquee looked spectacular with the incredible R A Scamp narcissi display winning best exhibit. The show gardens were much improved this year compared to last. I particularly loved Victoria Wade’s Norwegian inspired garden with its naturalistic feel. 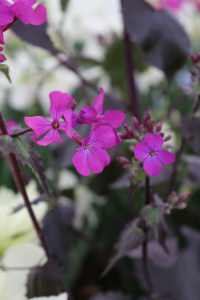 The highlight of the show for me was the discovery of this beauty, Lunaria annua ‘Chedglow’ on the Avon Bulbs stand. It’s a variety of the humble honesty plant with incredible chocolate coloured leaves and striking purple stems. I love honesty for cutting, both for the spring flowers and for the moon-like seed pods produced in summer and think this will be a stunner when arranged with tulips. I came away with a packet of seeds. As a biennial it won’t produce flowers until next spring but it’ll be well worth the wait.