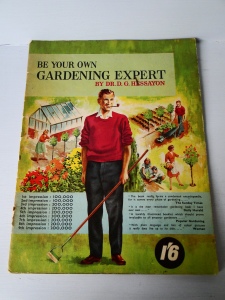 How to become a gardener for a living - pipe optional.

I was listening to a radio programme a while ago that was discussing careers with people looking to retrain and in their research it seemed most people’s dream job would involve working outside, with gardening being at the top of the list. Oddly though, horticulture doesn’t seem to appeal as a career to school leavers whether it is the practical route or studying it academically. Did you know that there are now no British universities offering botany as a degree course?

Maybe it is because the industry is known for not being well-paid. Maybe it is the working outdoors in all weathers. One of the most common routes into horticulture used to be through the parks’ departments of the local councils but a lot of what my local council does that classes as horticulture involves butchering trees and shrubs. Why spend time pruning a plant properly when a piece of machinery can reduce it’s size in seconds? I did know someone who worked for a council in the parks department and he said very few of those he worked with had a love of plants. It was just another job and purely about keeping things tidy.

However, in the last 10 – 15 years 30, 40 and 50 somethings have been leaving their jobs for a life in horticulture. Fed up of commuting and being stuck in an office staring at a computer screen many have turned to gardening for a new, more fulfilling career.

It’s not so easy moving from one career to another though, later in life when you are more likely to have commitments such as a family and mortgage but there are organisations out there that can help if you are thinking that a gardener’s life might be for you.

The Historic and Botanic Garden Bursary Scheme otherwise known as the Hee bee gee bees offers placements at a range of historic and botanic gardens, giving people the opportunity to gain practical skills, as well as theoretical knowledge.  The placement lasts a year and during this time participants are expected to keep a diary recording the tasks they carry out, taking photos and making drawings so that you can use it for reference in the future. There are plant identification tests over the course of the placement, along with 4 projects relating to the particular garden you are working in. The placement is paid but this and other terms and conditions are specific to the individual host gardens.

There are 19 participating gardens for the current year 2011-2012 which include Tresco Abbey Gardens, Chatsworth House, Crathes Castle and the National Botanic Gardens of Wales. It is possible to read case studies on the HBGBS website of current and past students.

There is also the Women’s Farm and Garden Association which offers a Women Returners to Amenity Gardening scheme (WRAGS). Aimed at women seeking a career in horticulture it was established in 1990 by the association to bridge the gap  between the high numbers taking theoretical horticultural courses and the small number able to access practical training. The scheme offers 15 hours a week in a selected garden supervised by the owner or head gardener. An allowance is paid to the trainee but transport costs, tax and NI contributions must be met by the trainee.

The HBGBS will shortly be announcing the host gardens for the next round of placements starting later this year, so for more information go to HBGBS.