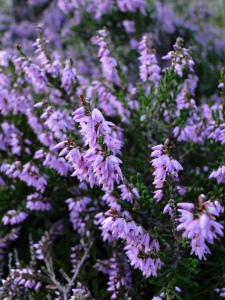 I thought it was about time I wrote a post; it’s been a while. I’m not sure what happened but I had got to a point where I just felt like I needed a break. I have spent so much time over the last months in front of my computer that the blog had started to feel like an extension of work, which was never the intention. I’ve missed not reading other blogs, as well as writing my own but one of the downsides with blogging and social media is it’s quite addictive. I thought it was best to go cold turkey. Well I say that, but I have now joined Instagram which I’m loving, so I didn’t manage to wean myself of it completely. I’m not sure whether I should be worried by that or not?

My blogging break coincided with a bout of gardening torpor. This loss of energy and even interest in gardening always seems to happen in late July and into August, a reaction possibly to the plateau my garden and allotment have reached. When it first strikes it takes me by surprise. I love gardening, so the sudden onset of plant apathy is initially worrying. It feels like gardening is in my blood so how come I’d rather be anywhere than my plot. Of course, everyone needs a break even from something they love, to get those creative juices flowing again. A few gardens visits later and a determination to keep on producing salad crops into autumn and winter meant my gardening mojo returned. It’s amazing what the sight of a sprouting seeds can do to re-energise a gardener. There’s also something about the approach of September. I don’t know about you but it always feels like the start of something. More like a new year than New Year. Maybe it’s because for so long the academic calendar governed my life but the first hints of autumn and I want to rush out and buy a fancy notebook and start learning something new. I love this sudden spurt of enthusiasm which helps to temper the looming prospect of dark nights. 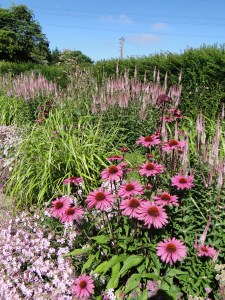 The garden plans can begin again. My bulb order has been made, there are hardy annuals to sow for overwintering and borders to redesign. I’m learning to embrace the shrub. Herbaceous perennials are my ‘thing’ but I am learning that a bit more structure and interest is needed. A sarcococca has been planted in the front garden for a shot of winter scent. It’s strategic planting position will also, hopefully, stop a part of the garden being used by visitors as a short cut to the front door and as a litter tray by my neighbour’s cat. Shrubs will feature more prominently in my back garden too by the end of autumn.

I visited a stunning garden and plant nursery on a recent trip to visit family. Dove Cottage just outside Halifax was hugely impressive and deserves a post of its own. A celebration of late flowering herbaceous perennials and grasses it provided buckets of inspiration for getting some more colour into my front garden for next summer. There was a whistle-stop visit to West Dean Walled Garden in West Sussex which is like a small piece of gardening heaven. I fell in love with it so much I could have quite happily squatted in one of the greenhouses. And finally, we had some free time at last to get out into the local countryside. We walked in the Brecon Beacons and picked bilberries in lashing rain on the side of a mountain. But, perhaps most exciting of all, our pond, the slimy, green soup that was such an embarrassment last year has turned into a proper home for wildlife. 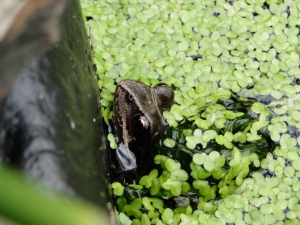 I was so disheartened last year as pond plants died and nothing took up residence, although I couldn’t blame them. I had been contemplating moving the pond but then newly purchased oxygenators started to thrive and the water at least looked clear and more inviting. There were no tadpoles though or any noticeable signs of pond dwelling creatures. Then one day, a few weeks ago, I had a close encounter with a frog. I was tidying up the clippings from pruning some box. My hands went in to pull out some leaves and one of them came out, momentarily holding a frog by one of its legs. As my brain registered what was happening I made a fairly undignified screech. I think we were both surprised by the experience. I did get me thinking though. If we had a frog in the garden may be it was using the pond. And it was. A few days after we caught sight of two eyes poking out above the surface of the water. A week or so later I discovered that we have become a two frog pond. Not only that but we’ve seen bees land on the surface to drink. There’s something immensely satisfying about knowing that we’ve helped to create a space that is attracting creatures into our garden. And it has now become part of my daily routine to pop out and see if I can spot Buster (the first frog’s name courtesy of Sara @myflowerpatch) and Betty. I have no idea how you would sex a frog and I imagine the logistics of catching them maybe a somewhat traumatic experience for all parties involved. I am hopeful though that we may have the tiny wriggle of tadpoles next spring.